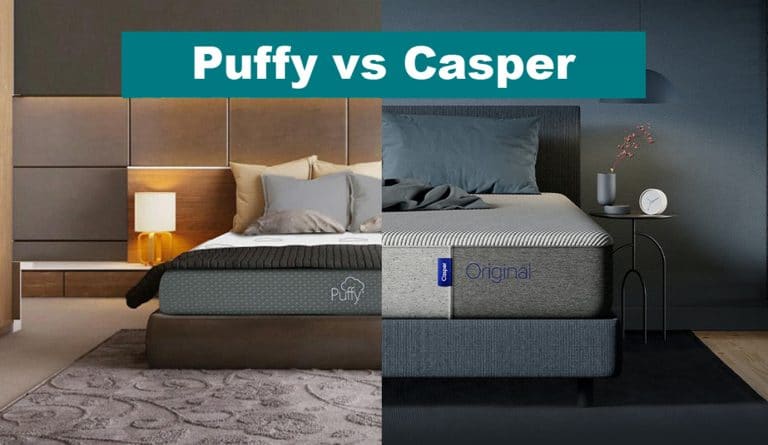 Deciding on the right mattress can be a challenging task. It’s true; there are different brands, and each brand claims to be the best. It is marketing, but it can be true.

Puffy and Casper are among some of the best and most popular mattresses you can get on the market. The thing is; will you buy both of them? At some point, you’ll have to decide between one or the other.

Both brands offer an online “bed-in-a-box” solution, but Casper came years before the Puffy was invented. To be exact, Casper Sleep has been in operation since 2014 while Puffy began its process in 2017. However, both mattresses have similarities and differences while also offering something unique to their clients.

In this Puffy vs Casper review, we look at the important features that each mattress packs. This way, you can have an easy time choosing the right mattress.

What Are The Similarities?

Puffy and Casper share some common characteristics. Understanding these qualities is vital in making a buying decision. Some of the most common include the following:

What Are The Differences?

The notable differences when comparing Puffy vs Casper are:

Cover: Designed from a polyester blend. It’s soft with a cozy feel.

Comfort layer: It begins with a Cooling Cloud™ foam with a feel similar to memory foam. Therefore, it has a slow response to pressure encouraging some sinkage and body contouring. Ideally, the memory foam tends to hug the sleeper. It also has a cooling gel infusion.

Transition: This is beneath the comfort layer made of polyfoam. It responds faster to pressure and eases the sleeper to the firmer base.

Base: The foundation is designed from high-density polyfoam, which offers great stability and structure. 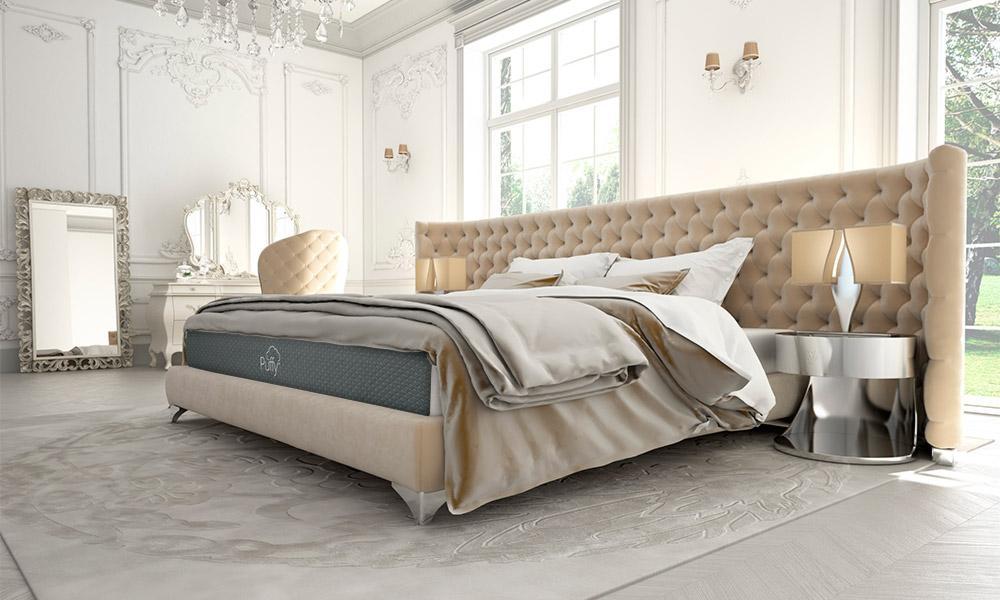 Cover: Designed from a knit polyester blend, which is still rather soft and cozy.

Comfort: The layer is designed from Airscape™ foam, which features some gentle bounce and decent cooling. Additionally, it has some perforations along its surface for breathability. This piece allows the positioning of the sleeper on top of the mattress instead of in the bed.

Contour: This area offers zoned support – the foam at the hips is firmer than that at the shoulder and the legs. This helps to relieve pressure.

Base: Designed from high-density polyfoam, and is responsible for the stability and shape of the bed. 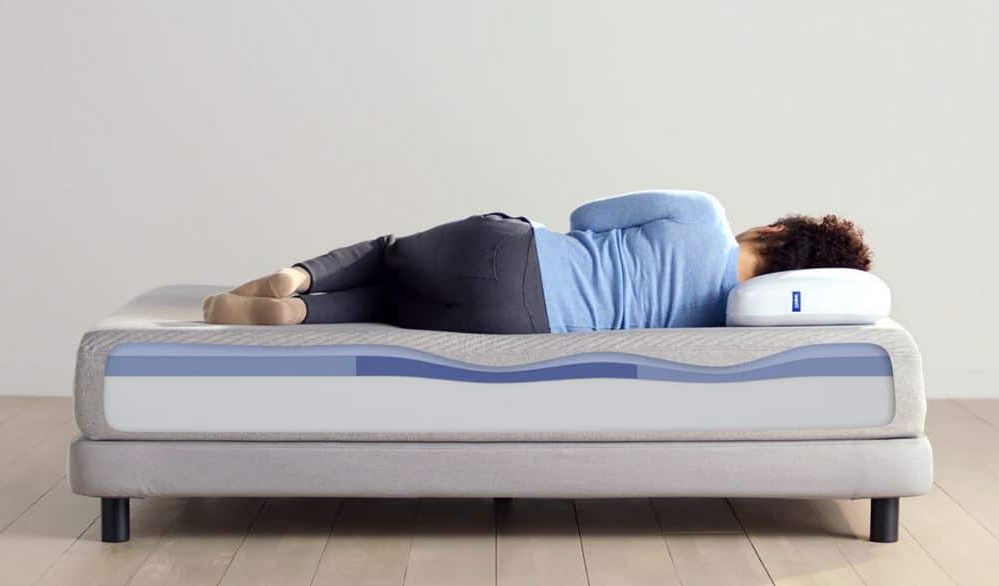 Casper has a firmness of 6.5 out of 10, making it aligned with the industry standard medium-firmness score. You’ll realize that this bed has different foam kinds, but no single foam dominates the other. Thus, you get pressure relief, support, and lift. This makes Casper an excellent option for multiple types of sleepers. Additionally, this mattress has a pretty bouncy feel.

Puffy, on the other hand, has a rating of 6 out of 10. So, it is slightly less firm than the Casper. This is because it has a memory foam top layer that offers a decent body contouring and sinking level. However, there is a transition layer designed from polyfoam curbs the sinkage.

The general feeling is a balanced foam sensation with a touch of classic memory foam at the top. The memory makes a slower-moving mattress.

Note that the firmness and feel of the mattress differ greatly from one person to another. The weight, size, and sleeping style of a person considerably affect how a person feels when he/she sleeps on a mattress. So, some people might find the firmness to be slightly different from one another.

Both mattresses perform highly in certain areas but struggle in other areas. Check them out:

All foam beds are great at absorbing motion generated by sleepers in the same bed. Both the Casper and Puffy mattresses are all foam; so, they can dampen movement effectively between sleeping partners.

However, Puffy has a better motion isolation capability than the Casper, thanks to its memory foam layer. Casper has a slightly bouncier feel in comparison to the Puffy, meaning it transfers some motions, but not enough to lose marks overall.

Both mattresses have temperature regulating cooling components. The Casper mattress features an Airscape foam. It has perforations along the sides, which promotes the free flow of air throughout the bed. By contrast, the Puffy mattress has an infusion of cooling gel that prevents overheating. In this case, both of them have equal performance.

Edge support is an admirable feature for couples and those who like sitting on the edge of their beds. All foam beds have a reputation for poor edge support. However, new technology has brought massive improvements.

Between Casper and Puffy, Casper has better edge support, thanks to its zone support alongside the firm base, which creates a stronger feel when you sit or lie along the edge. The Puffy overall still has a decent level of support, but Casper outperforms here.

A responsive mattress is suitable for sex because it doesn’t give the couples a feeling of being stuck in bed. Again, the mattress mustn’t make lots of noise. Both Puffy and Casper meet the above criteria. You won’t get the feeling of being stuck in the mattress, and neither will you hear those squeaky noises. However, when it comes to wanting a little extra bounce for building up a rhythm, Casper will give you a better response.

Other features of consideration include noise and off-gassing. The two mattresses have equal performance in these aspects.

Your final choice boils down to some factors. For instance, back sleepers who need stronger lower back support might find the Casper mattress as a better option, thanks to its balanced feel. However, its zoned support offers excellent spinal alignment for all sleepers, and its somewhat more responsive feel makes it ideal for switching positions. Practically, Casper covers almost every kind of sleeper, but more so, those who need support.

By contrast, Puffy might be a comfortable option for side sleepers and those having joint aches because of its slightly softer firmness than Casper. It leaves you with a feeling of sleeping in the mattress; thus, offering a cuddly hug. Also, the warranty lasts the lifetime of the product, which offers tremendous value for money and offers reassurance for anyone doubting its durability and longevity.

Overall, for a good nights sleep, we love both of these mattresses and would be hard pushed to decide between the two.