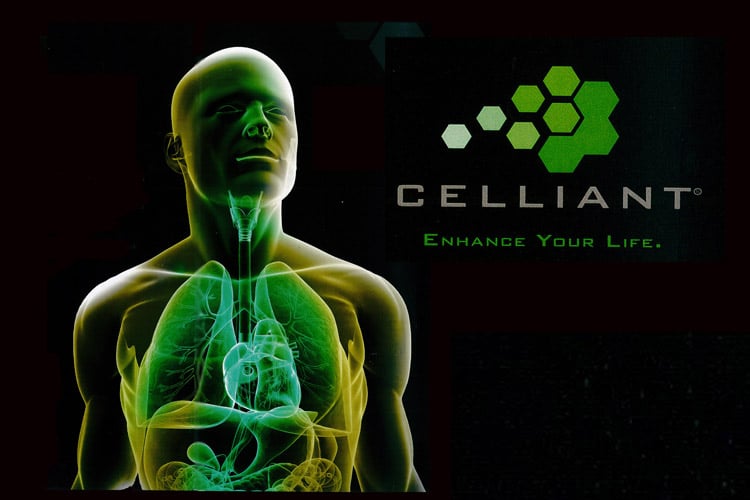 Home / Buyer's Guides / What Is Celliant Fabric In Mattresses?

What Is Celliant Fabric In Mattresses?

Mattress models have improved over the years. Brands develop proprietary materials that can help give their users a good night’s sleep. If you’ve been doing your research or reading mattress reviews recently, you may have encountered information about Celliant technology in the fabric used in covers and other areas of a mattress. So, what makes Celliant fiber a good option? How does Celliant technology work? Is the hype behind Celliant fabric something you should check out?

Celliant claims to have the ability to aid in the recovery of body tissue, which is why it has become a favorite among athletes and physically active individuals. This revolutionary textile has been used extensively for different purposes. However, whether dealing with performance textiles such as Celliant sheets or athletic attire, mattresses are where this material shines the most. Let’s take a deep dive and discuss why.

What Is Celliant Fiber?

Celliant was initially founded in the 1990s. It was developed when companies were looking for ways to improve the body’s natural healing capabilities. Hologenix was the company that was able to come up with a patent-protected method that integrates minerals into fibers.

It is engineered to optimize the body’s natural heat and use it to rebuild and recharge the body after physical activities. This is a patented blend that contains thermo-reactive minerals found at the core of the fiber. And even if you wash the fabric, Celliant technology doesn’t ever wear out.

Celliant fabric absorbs and converts the body heat and turns it into infrared energy (IR). This is then recycled back into the skin in a natural way. IR is known as a vasodilator. It means that it opens up the blood vessels that allow the body to increase blood flow.

And because Celliant causes vasodilation, several perks go with it. Athletes are believed to experience higher energy and endurance with Celliant-infused products since the muscles are oxygenated. This also plays a significant role when it comes to the recovery of the body because you get to get rid of lactic acid in the muscles quicker. And at the same time, nutrients are delivered faster to the parts that need recovery.

Celliant In The Sleep Industry

Over the years, the Celliant mattress cover has become a popular feature in many high-end mattresses. Celliant technology integrated into the mattresses can potentially help improve people’s sleep quality. This is essential not only for athletes who are trying to recover after a hard workout but also for the average consumer who is simply looking for a better overall sleep experience.

A Celliant cover is usually the highlight or unique selling point of a mattress. The cover has plus 13 active minerals that are designed to help with the body’s biological processes. The minerals are responsible for using the body’s heat and turning it into infrared energy. It is then sent back to the user’s body leading ultimately to a night of better slumber.

Today, apart from mattresses, Celliant sheets are becoming common. Also, blankets and pillows that contain Celliant fibers have hit the market recently too – all of which with one goal; to provide a great sleep and rejuvenation experience to its users.

Celliant technology is now being used on clothing too. Draper Therapies is one of the companies that advocated the use of Celliant fiber. They’ve made use of thermal imaging technology to look into the body’s blood flow. It was also discovered that Celliant was able to promote optimum temperature in the body. It has been reported that individuals who suffer from shortness of breath that wore Celliant infused shirts had shown improvement in their ability to exercise, potentially helping in overall oxygenation, promoting increased circulation to muscle groups that are working.

One of the main concerns of people’s health today is lack of sleep. According to the CDC, 1 out of 3 adults do not get enough sleep. Various types of insomnia are prevalent in today’s society, and this is a problem that can be traced to many different reasons. It could be because of mental and physical stress or because people find it hard to relax in their beds.

Oxygenation, by theory, helps people sleep better. It can help relax your muscles and aid in achieving uninterrupted sleep. It is even said that it can help in the body’s overall thermoregulation.

Thermoregulation is the body’s ability to maintain its core temperature. Ever wondered why your body suddenly gets hot whenever you are fighting an infection? That’s because your body tends to get hot to make it easier to fight the infection.

Thermoregulation plays a vital role in sleep. It is believed that people feel well-rested when they aren’t too hot or too cold. Companies pushing Celliant technology claim that the material can get your body’s temperature to equilibrium and prevent the body from going into dangerous conditions. This means that the Celliant fiber promotes thermoregulation to the point that you don’t get to sleep too hot or too cold at night. 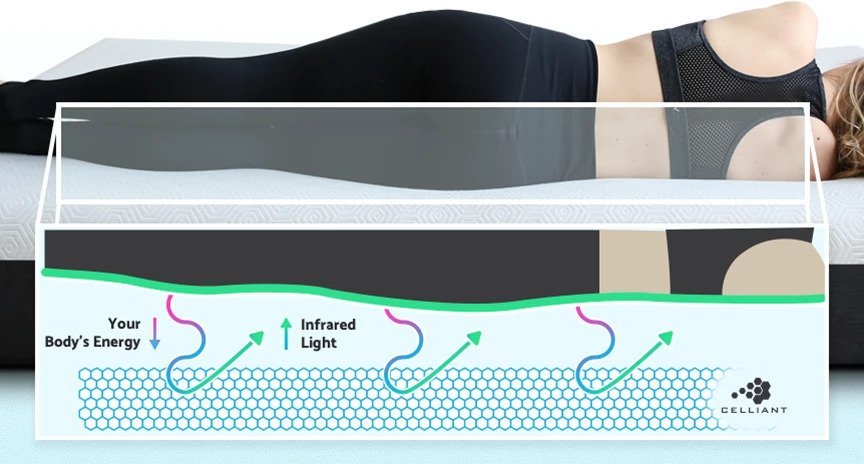 So, does Celliant really work? Is it something that you should actively seek out and buy? The studies show that it has many benefits for all types of sleepers and bodies. It is evident that it uses the body’s heat and turns it into IR which can cause vasodilation and promote thermoregulation. The technology is still in its early stages and it can’t precisely be confirmed whether or not the effects are 100% across the board. However, Celliant makes the following claims regarding health:

Should You Buy A Celliant Infused Mattress?

Should you invest in a Celliant mattress? There’s evidence to suggest that you should. Given the number of people who claim that they’ve experienced better sleep and recovery with products infused with Celliant, then it might not be a bad idea to try it yourself.

But as a general rule of thumb, don’t just look for the Celliant cover when buying pillows, blankets, and mattresses. Also, take a closer look at the different technologies that have been proven and tested effective in promoting good sleep.

Where Can I Buy Celliant Products?

Celliant isn’t abundant in the marketplace yet, but below are a few of the best products (sleep-related) that currently use the technology:

Celliant is a wonderful material that is used in various fabrics, including the clothes you wear to bed. The fabric induces natural healing processes and thus assists in healing. Celliant fabric when worn against the skin helps in faster recovery from wear and tear caused due to daily activities like manual labor, sport, exercise etc. It also helps to reduce swelling and inflammation caused by arthritis pain.

The benefit of Celliant is that it has been scientifically proven to improve your body’s recovery from exercise, and therefore allows you to fall asleep faster after a workout or any type of exertion.